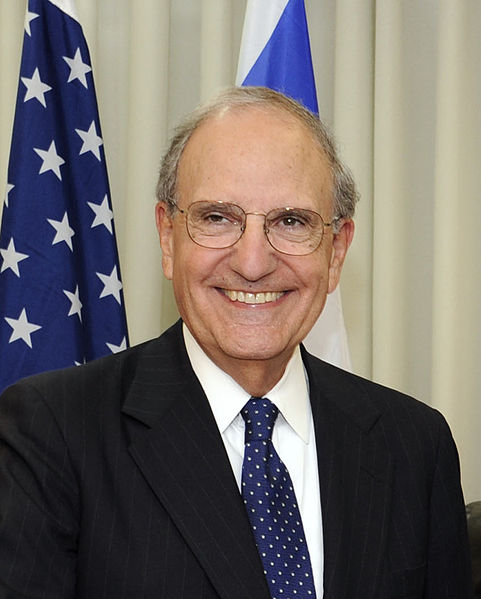 The Divided Society resource is a rich and multi-faceted archive focused on the conflict in Northern Ireland and subsequent peace process. It collects together hundreds of journals and posters published between 1990 – 1998 in the UK, Ireland and further afield. These journals come from a variety of perspectives, including government, community groups, political parties and paramilitaries, and offers a broad insight into the period and the many issues affecting Northern Ireland at the time. This was a period in which I was involved as the U.S Special Representative for Northern Ireland and later as Chair of the multi-party talks.

The archive starts with material from 1990 when the first steps towards a settlement took place. The Hume/Adams talks were met with suspicion by some but proved to be the starting point for what would follow. Other articles focus on long-standing issues affecting Northern Ireland such as cultural identity, parades and policing. By the mid-nineties, much of the material centers on the negotiations and the fear, uncertainty and guarded hope that surrounded them. As someone deeply involved at the time, I recognise many of the subjects being debated in these pages. Issues around ceasefires, decommissioning and the Irish language were contentious and difficult to deal with, but the talks provided a focus to address and potentially resolve them. Often the problems seemed intractable, but as the talks moved forward it became clear that there was growing support for compromise and change, spurred on a by a public that was weary of the conflict.

The Divided Society archive presents all of this information in a neutral and unbiased way and asks the reader to examine and investigate for themselves. Having material from all perspectives is vital in providing as broad and nonpartisan a view as possible. During the talks, it became clear that there are often many ‘truths’ around the same event and resources like these are a way to help separate fact from fiction.

The peace talks were a long and difficult process and this archive provides its users with a sense of the atmosphere of the time, the issues affecting daily life, how they were debated, and the various attempts at a resolution. Nearly twenty years later, some of these issues remain, but are solvable if the political leaders are willing to engage and talk.

Researchers and students from around the world come to the Linen Hall Library to consult the Political Collection in a neutral space where competing, conflicting and converging opinion are presented without comment or interference from the Library. Now they have an online resource where a selection of this material can be accessed from anywhere in the world at any time. I hope this resource will be used by those interested in finding out about the conflict, and how the lessons learned in Northern Ireland might be replicated or act as a guide for other troubled regions in the world.